3 use cases of AR/VR in Finance

When you think of AR/VR, finance may not be the first industry that comes to mind. Most people view these technologies as being used in the entertainment industry: video games, movies, attractions. There is good reason for that. The Finance industry has been slow to keep up with technology and how it can be applied to services.

Dating back over about 10 years, there have been a few use cases of AR/VR in finance. However, we’ve isolated some use cases for the financial industry that can provide key insight into how this new technology can be used to improve business results.

In the early days of this technology, back in the mid-2000s, uses of AR/VR were mostly restricted to scientific studies. During their research in France, Soha Maad, Samir Grabaya, and Saida Bouakaz used the CYBERII system to create applications for finance. In their first application, they created a virtual reality simulation that portrayed a dealer influencing security prices but setting certain bid or ask prices. In the second application, they created MARILYN (Multimodal Avatar Responsive Live Newscaster). The program features a 3D human avatar who presents a multilingual financial news program. The researchers wanted to create an interactive virtual world with a human figure.

They were also able to apply this technology to financial trading. In the AR version, a person could manipulate certain regions of the world to set prices for different trades. In the VR version, people use a headset and were separated from the real world. They interacted with a virtual person to make financial trades.

They found that users who used the VR world over the AR felt more secure about their financial trades, they were also more restricted by the equipment needed and the whole experience felt less realistic.

In more recent years, QuantVR has built on that idea to create its own version of AR or the financial industry. Starting in the mid-2010s Eric Greenbaum and other business partners at QuantVR wanted to create a VR tool that could be used to visualize data.

Ticker Tube - They created this program to help people visualize stock prices. The problem with viewing stock prices is that most people can only view a limited number of screens at one time. It can take time to switch between screen and various stock prices. This app changes that by creating a VR environment which features between 300 and 400 stocks and their live feeds. Users can move the different feeds around and analyze one more closely without losing the rest.

Visual Order Book - Most stock trades are one with algorithms, around 70% to be more exact. QuantVR wanted to create a tool to help represent those decisions in a visual form. The split-second decision that algorithms make can now be studied by traders.

Stockscape - Using this app, users can view stocks as they would view a city. The 2,000 most traded stocks are divided by industry and performance and then displayed as blocks of different heights and colors, making the landscape look like a city with multiple skyscrapers.

Alpha Canvas - For users who do not know how to write algorithms, Alpha Canvas is available to help. This app helps users draw a filter that can act as an algorithm. The system can then automatically make trades based on that algorithm or send alerts.

In 2017, Swissquote introduced a VR trading app that creates a 360° trading wall where users can follow stock prices. Using a VR headset, the system sends real-time market data, currency information, and main indices to users. The software tracks eye movements so that users can view more detailed information about a specific stock or make trades.

The Future of AR/VR

The state of AR/VR in the financial industry is progressing, but there is still room to grow. Many companies have plans to bring these technologies to a wider audience in a way that could significantly change the industry as we know it.

In the world of day trading, traders are looking at technology that will create 3D images of the market. These bubble maps will help traders find risks and patterns, as well as locate specific stocks and analyze when they should be bought or sold.

Similar to Stockscape, Fidelity Investments plans to use Oculus Rift to help investors manage their portfolios. Each portfolio will transform into a 3D city where each stock is a building with information about price, number of shares, and trading volume.

Another potential use is in the field of education. Teachers could use AR/VR to teach students all over the world about various aspects of finance.

Lastly, the next step in banking could be VR banking. Banks may no longer have physical locations, in favor of virtual branches where consumers could enter a VR world and do all their bank transactions with a virtual staff member.

While progress has been slow, there is still a lot to look forward to when it comes to how the finance industry adapts AR/VR. As technology becomes more advanced, more mobile, and less expensive, we will see companies investing in it more. The world of finance is about to get a lot more virtual. 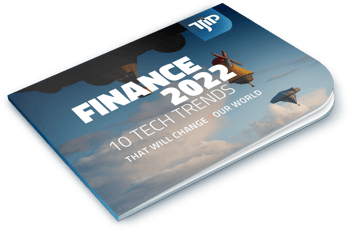